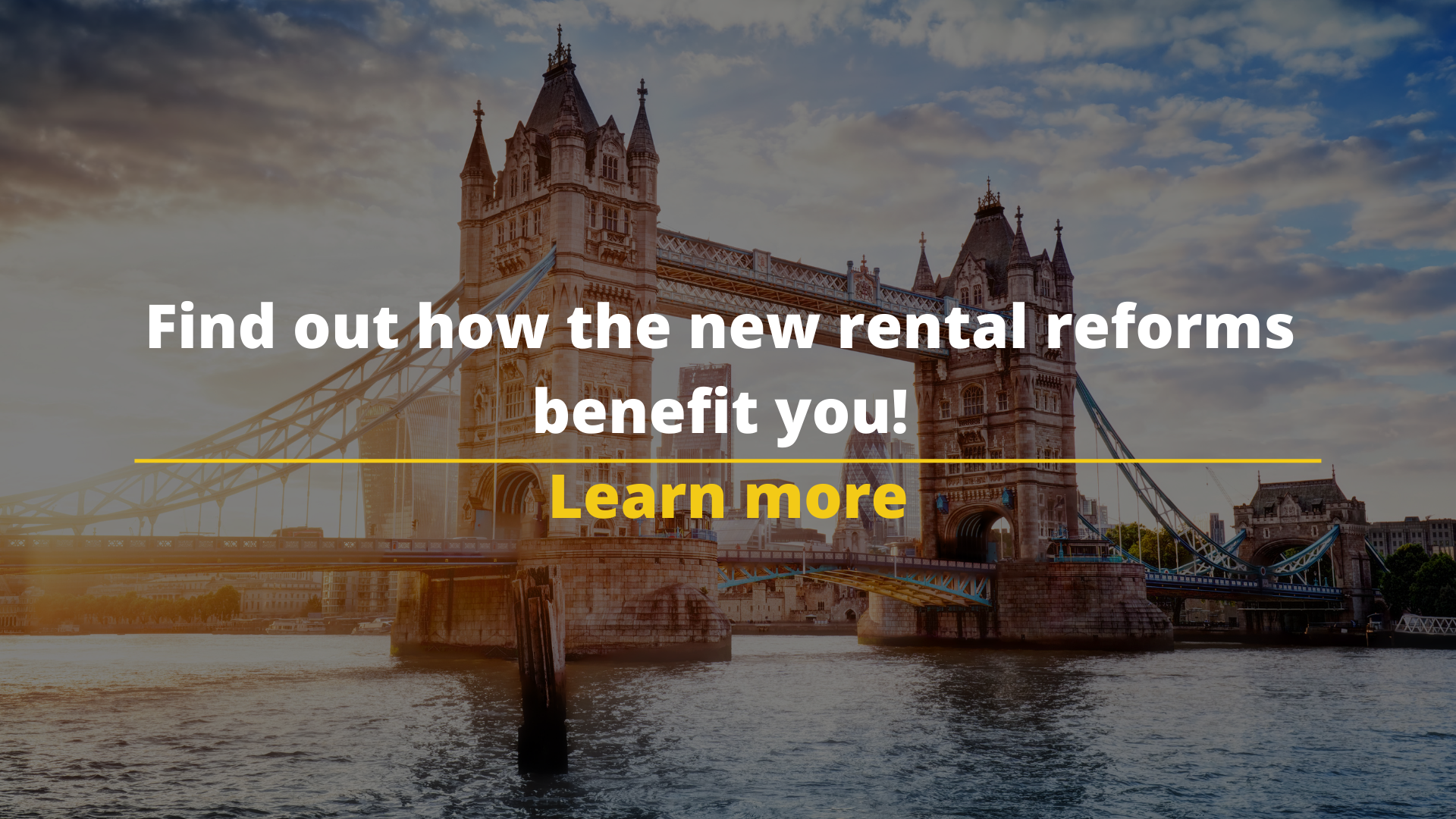 This morning's Rental Reform announcement from the government has come at quite a surprise to the industry! We have had a look and wanted to share the key highlights - especially as we speak to hundreds of tenants a day and can see some really great proposals that address concerns we deal with - so that's great news.

Summary and extracts from various news sources today - below is the latest BBC report;

Landlords are to be prevented from evicting tenants in England without giving a reason, under proposals published in a government White Paper.
The Renters Reform Bill will also end blanket bans on benefit claimants or families with children - and landlords must consider requests to allow pets.
Housing charity Shelter called it a "game-changer".
But landlords associations said the government must ensure the changes would not worsen the housing crisis.
Of all the private renters leaving accommodation in 2019 and 2020, 8% had been asked to go by their landlord, the Department for Levelling up said
Krystalrose Shirley was served with a no-fault eviction in October 2021 after complaining about mould and other issues in her private rented property in Enfield, north London.
The 28-year-old had lived there for two years with her young daughter and said finding somewhere else was a nightmare.
"I struggled to find somewhere [else] to live, especially being on DSS [housing benefit]. It was really hard to find somewhere suitable for me and my daughter I went to the council but I kept being fobbed off.
The council eventually housed her nearby, but the flat is far from ideal, she says: it is due to be knocked down, and the bathroom ceiling is leaking. She hopes the proposed changes will mean other people aren't faced with the same situation.
"The property damaged my furniture, we were ill with mould, we suffered and at the end they told us to get out. This will stop landlords thinking they can do that to tenants for no reason and give the tenants a bit more power."
Shelter chief executive Polly Neate said: "The Renters Reform Bill is a game-changer for England's 11 million private renters.
"Scrapping unfair evictions will level the playing field.
"For the first time in a long time, tenants will be able to stand up to bad behaviour instead of living in fear,"
"Gone will be the days of families being uprooted and children forced to move school after being slapped with a Section 21 no-fault eviction for no good reason."
The government has also promised tenants stronger powers to:
Its Decent Homes Standard will be extended to the private sector, meaning:
The bill will also:

Who rents their home and who is most likely to be evicted?

How will a ban on 'no fault' evictions work in practice?

The details of how the new rules will work in England is not yet clear. But no fault evictions are already banned in Scotland, where landlords cannot evict tenants purely because they want them to leave.
The rules vary depending on the type of tenancy and when notice is given but for private tenancies starting from March 2022, there are 17 official reasons or "grounds for eviction" that landlords can give.
These include that the landlord wants to move into the property, or that the tenant is behind on at least three months' rent.
The landlord has to give tenants the right amount of notice depending on the grounds they want to use, and they can apply for a housing tribunal for an eviction order if the tenant won't move out.
They can't evict the tenant until the tribunal decides to give an eviction order.
Levelling Up and Housing Secretary Michael Gove said: "For too long many private renters have been at the mercy of unscrupulous landlords who fail to repair homes and let families live in damp, unsafe and cold properties, with the threat of unfair 'no fault' evictions orders hanging over them.
"Our New Deal for renters will help to end this injustice by improving the rights and conditions for millions of renters."
For private landlords, the bill offers "greater clarity and support", including:
National Residential Landlords Association chief executive Ben Beadle said: "Whilst headline commitments to strengthening possession grounds, speedier court processes and mediation are helpful, the detail to follow must retain the confidence of responsible landlords, as well as improving tenants' rights.
"We will be analysing the government's plans carefully to ensure they meet this test.
"A failure to do so will exacerbate the housing crisis at a time when renters are struggling to find the homes they need."